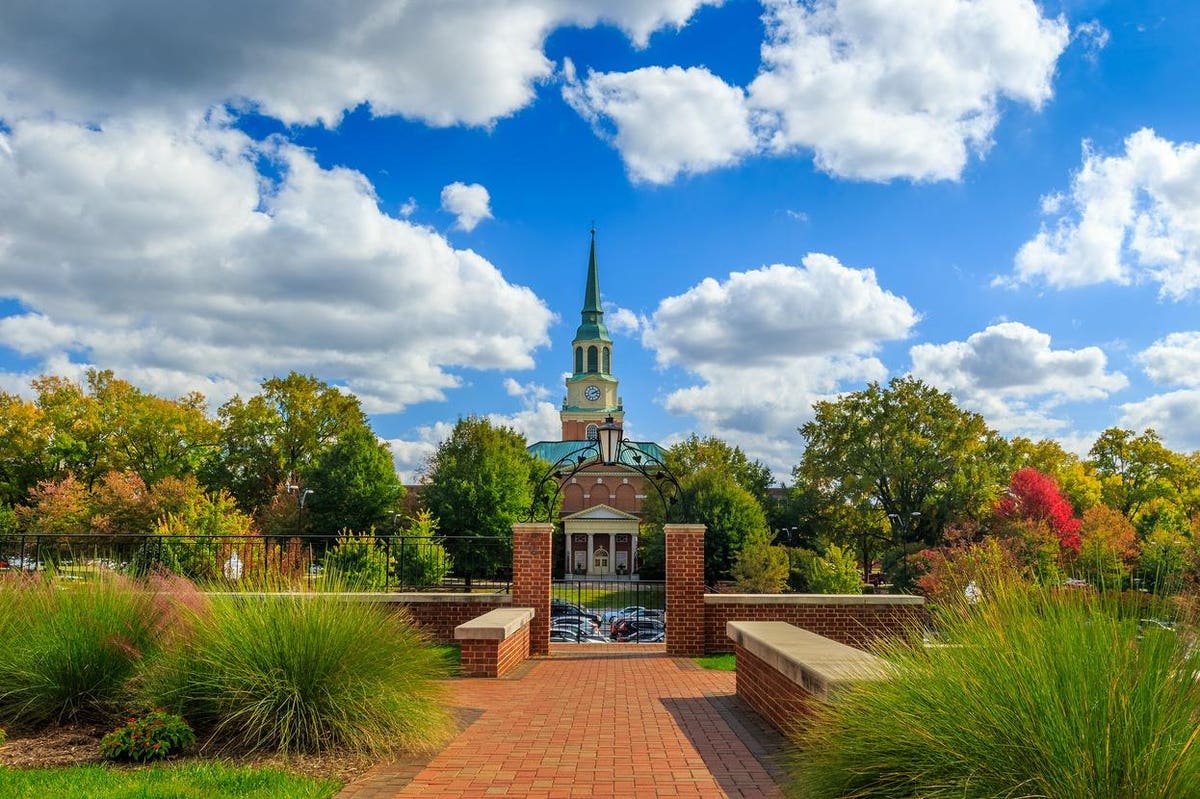 Wake Forest University has announced that the Lilly Endowment has awarded it a five-year $30.7 million grant to support the university’s emphasis on the study of character and also create a national higher education network focused on educating character.

The grant will advance the work of Wake Forest’s Program for Leadership and Character, which was established in 2017 and has become a leading center for research and teaching on character development and for infusing it into its curriculum.

In addition, Wake Forest will use the grant to help colleges and universities across the country develop and strengthen their own character education initiatives.

“We believe focusing on character can help many colleges and universities realize their aspirations to educate the whole person and generate the knowledge, capacity and character that our students will need to live and lead well in the 21st century,” said Michael Lamb, executive director of Wake Forest’s Program for Leadership and Character, F.M. Kirby Foundation Chair of Leadership and Character and associate professor of interdisciplinary humanities. Lamb will serve as the principal investigator for the grant.

About $7 million of the new grant will enable Wake Forest to:

More than $23 million of the grant will be used by Wake Forest to administer a national competitive grant program that will provide funding to other colleges and universities for their own initiatives focused on character. Those grants will include:

“Universities are called to be catalysts for good in our society,” said Wake Forest President Susan R. Wente in the University’s announcement. “With this unique and truly significant investment from Lilly Endowment, Wake Forest will lead broader public conversations across higher education that place character at the center of leadership, and become a national resource for supporting colleges and universities across the country in developing their capacity to educate character.”

Over the last decade, Wake Forest faculty have been awarded several grants to support their scholarship and teaching about character, helping to solidify Wake Forest’s reputation as a national academic leader in this area. The grants include:

Of the new Wake Forest grant, N. Clay Robbins, Lilly Endowment’s Chairman and CEO, said, “We are living in a moment of deep cultural and political polarization and increasing distrust of leaders and institutions. We are pleased to add our funding to that of the Kern Family Foundation, John Templeton Foundation, Templeton Religion Trust, Templeton World Charity Foundation, and other foundations and supporters to assist Wake Forest in developing further its character education capacity and strategies.”

“We also are pleased to support its efforts to help foster a national network of colleges and universities with the aim of educating a new generation of morally and ethically grounded leaders to rebuild trust and enhance civic engagement,” Robbins added.